Direct Debit – A Year in Numbers
Now we’re approaching the end of the year, it’s a good time to take a step back and reflect...
The Benefits of Using Ad Hoc Direct Debit
When people imagine Direct Debit, they often think recurring payments, they think signing of DDI (Direct Debit Instruction) and...
How Can Direct Debit be Improved?
Direct Debit remains one of the UK’s most popular payment methods, used by over 90% of personal current account...
Has Road Tax Moving to Direct Debit Given Consumer Confidence a Boost?
Could the move towards Direct Debit as a primary payment method for road tax provide a major boost to...

View all News
View all Guides

What Are the “Brexit” Implications for Small Business?

Home   News   What Are the “Brexit” Implications for Small Business?

The word “Brexit” is becoming an infamous one, not just because of the way the term is used within tabloid media, but also because of the highly politicised nature of the question. A term coined after the “Grexit” fears (Greece’s financial uncertainty which had the potential to see them come crashing out of the Euro), the “Brexit” and whether or not Great Britain leaves the Euro will be decided by referendum in 2016/2017. Until this is decided, it is left up to commentators, politicians and experts as to what effect this move will likely have on the economy. Whatever the effects are, however, it is clear that small businesses will likely have to shoulder much of the change. To gain an idea of what the potential ramifications may be, we’ve asked experts and small business owners for their take on the “Brexit” and what they believe the future may hold.

We’ve heard arguments from site members and businesses about the EU’s bloated bureaucracy, and how going it alone would free the UK up to negotiate their own terms with the rest of the world. However, this is often countered with the fact that a trading bloc is likely to be able to get better terms through strength in numbers. What businesses big or small seem to be crying out for is stability – whether that’s in or out of the EU. We’ve had a tumultuous 12 months with the Scottish referendum, the general election, four separate fiscal ‘events’, various EU crises and now another referendum. The chance to take a breath and look at how legislation changes and a shifting financial landscape have affected (or are likely to affect) their business would be a godsend. Those businesses who rely heavily on labour imported from EU are among those who stand to lose the most from a potential Brexit, as there is huge uncertainty as to what will happen to those workers should the UK leave. Firms who trade heavily with Europe are also reticent to back an exit and risk worsening trade terms. What is certain is that we’re likely to hear much more of these types of arguments in the coming weeks and months.

There’s not a lot of information about what it would ultimately mean for anyone, let alone small businesses, so I can only speculate. But there are a lot of small businesses concerned about potential implications on an increase in the amount of red tape and legislation they’ll have to deal with in addition to the impact on the free trade borders, both on and offline, if the UK were to exit the EU. However there are some who might argue that the EU adds an extra layer of legislation for small businesses which may be mitigated by the UK being able to set their own standards. Taxes are another big area of concern for businesses and schemes such as the recent VAT MOSS have been a bane for some microbusinesses. But it’s also unclear what an exit would mean for this scheme. No doubt though, before it would solve red tape and legislation issues, it would probably cause more initial admin work if we were to exit. But would it be worth it? We’ll see maybe even as soon as next year. On BusinessZone and UK Business Forums, we’ll be keeping a close eye on Brexit and what small businesses are most concerned about over the coming months and year.

A Conservative government has generally always been good news for the City, but fears of a Brexit has made businesses wary of the potential this could have for closing markets and reducing London’s financial authority. Our main concern over a Brexit will be the impact this would have on the energy market and consequently SMEs. Businesses should be aware that disruption to the energy market really could impact their bottom-line. A Brexit could signal a substantial rise in energy bills, as markets close to a small island with few natural energy sources. If supply is reduced and prices rise higher, profits will be affected. There could be benefits however. Ambitious EU ‘Green’ Targets have been a burden for many businesses, especially those in heavy industry, who feel they cannot legitimately run their business on a zero-carbon budget. ‘’Green fines’ have been costing businesses with heavy energy usage money and a withdrawal from the EU could mean those fines no longer need to be paid. While larger companies can absorb the cost, it’s the smaller businesses that cannot compete. Ultimately however, in all sectors, we are a small nation with limited resources, we cannot be expected to compete with the likes of the Netherlands and Germany. Trade links and business confidence is likely to decline if we pull away from the EU and so this will need to be monitored when decisions are being made.

Having lived and worked in multiple European countries, I do find that there is a favourable attitude to business in the UK, and there is (relatively speaking) little red tape compared to in other European countries. At the same time, with the UK being a part of the EU, it is relatively easy for me and similar SMEs to sell products into a number of European markets. Should Britain vote to exit the EU, I believe that selling in the UK and running my businesses will be mostly unchanged. The big question for us is whether there would be more hurdles to doing business in Europe after a Brexit. In the worst case scenario, there is a possibility that some of my business and some of my employees would have to be relocated to stay inside the EU after a “Brexit”. I think I speak for a number of SMEs when I say that there is a lack of unbiased information about the alternative to British EU membership. Assessing the risk of a “Brexit” is particularly hard if you compare the know present regulation with an unknown change in the British regulation as well as the EU response to a “Brexit” (particularly for businesses exporting into continental Europe).

There are a lot of variables to be considered, whether we renegotiate our position or make a complete exit. If Britain were to exit the EU, there could be a significant impact on small businesses operating in the UK market. Everything from small administrative costs that companies would incur if the UK were to exit the EU to a plethora of large issues must be explored before taking a decision. It’s vital that UK entrepreneurs looking to expand in Europe do not suffer while legislation is also amended to allow migrant workers who are currently living and working in the UK to continue doing so. In fact, legislation is a topic that needs to be explored in great detail, as current UK laws instated by the EU, many of which strongly affect small businesses, will be reconsidered and effectively rewritten. Similarly, trade laws need to be reestablished to ensure that small businesses are able to expand into the European market. Large, significant companies are threatening to move their presence from the UK market in the case of a British exit, and small businesses will without a doubt feel a knockback effect. While data is currently inconclusive, it’s naïve to assume that small businesses, and society as a whole, would not face certain difficulties if Britain were to exit the EU.

Will Wynne – MD of Smart Pension 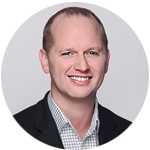 A Brexit would not affect us directly, but would affect us to the extent that it affects our SME customers and any market volatility might affect the performance of our pension members’ pension pots. Some suggest that a Brexit would liberate the UK’s SMEs from meddlesome red tape and costs of doing business, which would be beneficial. However, others argue that a Brexit might cause uncertainty and thus hit SMEs’ sales line. In our opinion there is too much at stake for UK PLC to allow such things to be left to chance and we believe a detailed and drawn out transition period would ensure volatility was dampened down and risk greatly reduced. The fact that inward investment into the UK has remained very high since the announcement of the referendum also gives us comfort that markets are unlikely to be overly spooked by a Brexit. Regarding our members’ pension pots, they follow balanced investment strategies designed by our FCA regulated independent investment advisers. These investment strategies are designed to mitigate risk and ensure that members’ pensions can weather any storms in financial markets reasonably well. As a consequence, whilst as an organisation Smart Pension is agnostic on the prospect of Brexit, our business and, most importantly, our pension members’ pension pots will be in a good position whichever way the decision goes.

Delivered to your inbox

Sign up to London & Zurich to receive updates. You can unsubscribe at any point.

More news for you

How to get started with Direct Debit

What is a Service User Number and why do I need one?

How to Create your own Nursery business plan

This website uses cookies to improve your experience. We'll assume you're ok with this, but you can opt-out if you wish. More information.  Close